When a free assessment becomes a nightmare.

If you have fallen for the #fieldsdatarecoveryscam - get your storage device back and a copy of the Fields Associates invoice. GET A SECOND OPINION from a non FIELDS DATA RECOVERY GROUP company.

Rapid Data Recovery is part of a global #fieldsdatarecoveryscam scam which defrauds consumers and businesses on an industrial scale.

With thousands of complaints and trading standards service requests and even police escorted trading standards enforcement visits to their Bridgend offices they are one of the most financially powerful data recovery operations in the UK.

This financial stability for a scam is achieved with financial assistance from Welsh Government grant money support in the suicide capital of the UK. Fields take advantage BOI (Board of Investment) incentives - Fields use this to avoid tax and employment rules in the UK.

But many staff in Thailand are trapped, many have claimed to be part of people trafficking and tax evasion - Thai Brides - Lush Dates and Sugar Daddy websites are part of the Fields Group / UKDS websites. The Money scammed from consumers and businesses has enabled £millions to be shipped to their founders including DR Daryl Hamilton Wallis the multi millionaire investor behind "Britcoin".

Many reading these complaints from consumers and businesses would not realise the level of damage that Rapid Data, a Fields Associates Ltd - Fields Group member website has caused to the data recovery market.

Good data recovery companies cannot compete against the Rapid Dsta Recovery Specialists scams, they can only alert others to the scam and it is often too late. 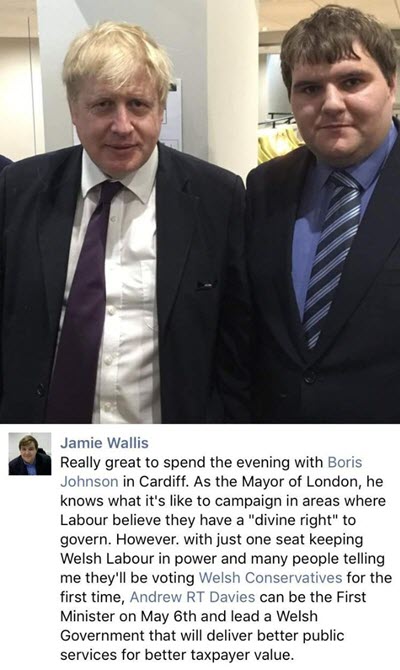 Think about why they are eWarfare Experts and Psycho Marketing practitioners have their own “in house legal firm, complaints department and Injunction Serving Operation” They have refined their scams to maximise the profit made and take over other markets in the sector domination by unrelenting growth approach to business. (Click on the images to open in full size)

The few hundreds registered complaints in the UK are the tip of the iceberg.

One school was held to ransom for £40,000+vat my company recovered the data profitably for a fraction of that.

There are data recovery blogs and review sites that talk about the Fields Data Recovery scam.

And if you have been successful in getting your data back with Fields consider that your money has contributed to extending a global scam to help coporate professional criminals gain connections in politics and government.

Have you been scammed by a Fields Group company?

I had the self-same problem two years ago. Stupidly I thought I'd deleted a load of files from my computer when I re-installed software. In fact I'd simply stored them in a separate folder.

Rapid Data were extremely helpful and friendly on the phone (at first). I carefully boxed up my computer and sent it off to them. Almost as soon as I'd sent it I realised my mistake.​

From that point it was like talking to a bunch of gangsters. I was told they'd already run a 'deep recovery programme' which had taken an entire weekend. I told them that I knew it had not been necessary and that most people with any level of expertise would have been able to see that the information was easily recoverable.​

They then sent an email saying I had to pay them £700. Then on the phone they offered to cut the fee to about £500 as a 'good will gesture'. I exchanged a series of emails in which they at one point said "We're data recovery experts not computer experts".​

Eventually after dozens of phone calls and being kept on hold for hours they agreed to return my computer and cancel the fee. I then went to the office (just a desk) and was handed my computer, which had been returned filthy, scratched and with no packaging. The people at the desk said they knew nothing about Rapid Data.

All in all a truly appalling service and clearly a scam. Rapid Data are well known for posting their own online positive reviews.​

Rapid Data only agreed to return my computer and cancel the bill when I informed them that I was a journalist (which I am) and that I would be writing an article about them.​

Soon after they accidentally copied me into an internal email about my complaint, which was filled with comments such as "We need to deal with this one!!"

Probably the worst company I've ever dealt with.

Similar experience to others. Visited their London office as I had a meeting in London. It is managed office space. I was given a hand written 'receipt' on a scrap of paper by a receptionist. No official documentation with a logo or company information. Probably should have known better at this point!​

Heard back from their 'technical specialist' who said the heads were damaged and needed replacing at a cost of £418 (on a unit that originally cost £70). He said he would charge me cost for the items. He then suggested that they were confident they could then recover the data for a further cost of £199.​

When I said it was too expensive he suggested he could reduce the price of the heads to £218 - despite the fact that he had said these would be supplied 'at cost'. When I challenged him on this he became very defensive.​

The unit was returned promptly, as requested - although I paid for next day delivery (£18). I subsequently took the unit to an IT professional attached to a company I contract for who agreed to look at it as 'a favour' after hearing my tale of woe. He removed the casing and with a small gadget borrowed from a friend recovered the data within minutes. The charge - nothing.... although I made a contribution to his wedding fund as thanks for having my faith restored after being conned by Rapid Data Recovery.

They lie about their address i have personally went to the address given in their website and find out they have have one of these virtual receptions there and god knows where they are.

They did this because most of people like me think as they have an office in central London they most be genuine unfortunately as i traveled a long distance to get there i have decided to give my hard drive to them.

They tell you the diagnostic is free of charge but they only say that to get your hard drive once they get it they put you in a very pressurized situation they told me they need to change something on my drive and they don't guaranty if they can fix it.

They have charged me 354 pound and after a week came back to me and said they couldn't fix it and when i asked for a reason they say "THE ENGINEER DID NOT PROVIDE ANY MORE INFORMATION" and they say the only thing they can do now is sending it back which cost me another 12.50 or I can go and collect it from their fake address free of charge.

I am beginning to wonder this must be a scam and I am in the process writing to the authority and I have already made contact with WATCH DOG and they have agreed for further details.

Similar experience, in that I was quoted £450 to get my data off, which I didn't want to pay. I asked for it to be returned instead. At this point they had found loads of files, and sent me a list.

They did return it, after weeks and weeks. However, it now seems they actually damaged it before sending it off.

They were very pleasant until I said I didn't want to pay the £450. From that point onwards it was just abysmal.

Please, do not use this company!

Similar experience told that 7gb of data is recoverable at a cost of £714 inc vat. Have requested return of disc. Wait to see if it materialises.

I have recently had an unsuccessful recovery of a hard drive from Rapid Data Recovery which followed the pattern of a number of complainants eg: Initial diagnosis, informed heads were faulty had to obtain compatible heads from America, fee £300.00 non refundable whether data recoverable or not, 2 weeks later disc found to be un-recoverable and sent back with apology. The only way of finding out if the disc has had a recovery attempt is to take it to another such company and go through the whole process again incurring further financial cost.

Why you can't trust reviews on Trustpilot

Reviews cannot be trusted. Trustboxes and Trustscore are wrong. Be prepared. Don't let yourself #trustjacked. To learn more visit trustjacked.com Understand that as bad as it looks its just the tip of a substantial data recovery scam. If you have been scammed by Fields we will listen, we will advise and we will try to help.

Andy and the team at R3 help those told there is no hope.

The rapid-data-recovery.co.uk website is now owned by Andy Butler of R3 Data Recovery Ltd... Andy has helped hundreds of businesses and consumers affected by the Fields Group. Andy was wrongly accused of posting online and was a victim of Fields Group directors who targeted his company for sector domination / eWarfare using the comparedatarecovery website. Comparedatarecovery website was also removed after it was proven to be a Fields Group scam.. The domain now forward to the Data Recovery Blog which was run by Rowland Ferraro.